Damian Goldvarg, Ph.D., MCC (Argentina/USA), has 30 years of experience in coaching and leadership. He served on the ICF Global Board from 2010–2015, including two terms as ICF Global Board President.

“As a leader, I am also very proud of facilitating board meetings effectively and bringing about a work environment conducive to the best possible decisions [for] the future of ICF and professional coaching worldwide,” Damian said.

Damian’s background is in clinical psychology, and he completed his doctoral degree in organizational psychology. He’s also a published author on topics including coaching supervision and the ICF Core Competencies.

“Even though I am very proud of publishing four books, developing many professional coaches, mentor coaches, and coach supervisors worldwide, I consider that my global leadership position gave me an opportunity to make a bigger difference,” he said.

Over the last 18 years, Damian has worked in more than 60 countries in diverse sectors including finance, energy, technology, health care, government, education and nonprofit. He says what he loves most about coaching is the “ripple effect” it can create in workplaces, organizations, families and communities.

One piece of advice Damian has for new coaches is to continuously develop new skills.

“I don’t believe we can be successful professionals if we profess the importance of coaching and we don´t have a coach or supervise ourselves,” he said. 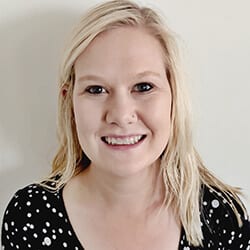 Savannah Patton is the ICF Communications Assistant and a freelance writer for Kentucky Sports Radio. She graduated in May 2016 from the University of Kentucky with a bachelor's degree in Integrated Strategic Communications with a focus in Public Relations.