We used to picture that our nervous systems created one continuum of energy within our bodies, ranging from highly active states to sluggishly passive states. New science helps us see that we actually have two different types of nervous system functioning—one for when we feel safe and another for when we face life-threatening danger.

Looking back in time, we can recognize the creativity that blossomed during the Renaissance period in Europe when people sensed safety again following the bubonic plague. The return to safety after a time of great danger creates such a sense of relief that we might picture a renaissance period as an “up time” and a plague period as a “down time.” But looking more closely, we begin to recognize that both times had their own unique versions of ups and downs.

In a renaissance period, we feel safe to fail. We feel free to invite inspiration, to experiment and to have many of our experiments fail as a natural part of the path of discovery. We probably do not like the disappointment that accompanies failure, but we sense that learning to move through disappointment has value.

Plague times bring rising and falling feelings too, but the rises and falls have a very different quality than the ups and downs in a renaissance period. A time of plagues brings huge swings between furious efforts to force solutions and a foggy kind of robotic survival.

As science helps us have a more accurate picture of nervous system functioning, we can encourage clients out of plague mentality and into renaissance mentality by offering assurance that failure is an important step toward discovery. Inventors fail many times on their path to creating products and services.

Frantic effort to force constant growth breeds fear of failure—plague mentality. Desperately groping for solutions elicits nervous system functioning that exists in our bodies for times when we are trapped by a predator. When facing predators, we first shoot into fight-or-flight response. Fight/flight offers short-term superhuman ability, but that energy is not sustainable. When we are not able to create solutions by desperate fighting or fleeing, we shut down bodily functioning. We move into dissociative states resulting in a lack of presence.

Our nervous systems do not offer a mid-level functioning between fight/flight and shutdown. If we are facing a predator, we want to bounce back and forth between between short-term fight-to-the-death motivation and a hopeless-feeling lack of motivation. We want to have superhuman bursts of fighting-fleeing attempts and the kind of lack of presence that could make a predator lose interest.

However, short-term hyperfunctioning is only worth the resulting depletion of energy reserves in dire circumstances.  Fight/flight often results in the body’s shutting down to create a lack of presence that makes death less painful when it finally comes. Neither of these states are a sustainable way to live—only a way to survive and eventually die.

Because science helps us have a more accurate picture of our nervous system functioning, we can now encourage clients out of plague mentality and into renaissance mentality. Creativity energy builds when we use the nervous system functioning that exists in our bodies for times when we sense safety—times when we know predators are out there somewhere in the forest but those predators are not infringing on our habitat presently.

Coaches can invite nervous system functioning that makes space for creativity by:

In plague mentality, the brain shuts down. We cannot sort through ideas to determine the next steps on the inventive path. As we help clients sense that failure is not life-threatening, we invite renaissance mentality, opening space for the play that births creation. 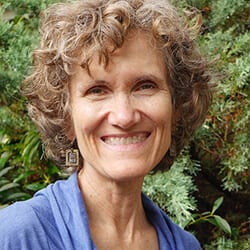 Dee Wagner, LPC, BC-DMT, has worked as a counselor and dance-movement therapist in Atlanta for 25 years. She presented on nervous system functioning at ICF Converge 2017 and was a regular contributor to the ICF Blog. Other articles appear in American Journal of Dance Therapy; Body, Movement and Dance in Psychotherapy; Voices: the Art and Science of Psychotherapy (American Academy of Psychotherapists); Elephant Journal and Asana International Yoga Journal. She is co-creator of the workbook Naked Online: A DoZen Ways to Grow from Internet Dating.