Our Perceptions could Lead to a Misinterpretation of Other’s Emotions

Our perceptions of emotions on another person’s face may depend on our pre-conceived views of how we understand emotions, according to research from New York University (NYU). Recognizing facial expressions and emotions are a necessary part of everyday social life and how we perceive other’s emotions can set the tone for our relationships.

Research participants were tested in how similarly they saw different pairs of the following emotions: anger, disgust, happiness, fear and sadness. Why these six emotions? They’ve long been argued to be universally understood across cultures and even perhaps genetically hardwired into the humans.

For the first experiment, participants viewed a series of images of human facial expressions, each depicting one of the six emotions. This study used an innovative mouse-tracking technology that allowed researchers to track hand movements that revealed unconscious cognitive processes like which emotional categories became activated in the participants’ minds when viewing a facial expression. For example, when a participant perceived two emotions, such as anger and disgust, to be similar, their hand attempted to simultaneously indicate that they saw both anger and disgust in the facial expression.

In the other experiment, researchers used a single neutral face and created over 100 versions of it overlaid with random noise patterns. The noise patterns created random variations in the facial cues, such as one version looking like it is smiling and another like it is frowning. Participants were then presented two different versions of the face and decided which one looked more like a specific emotion. An average prototype for each of the six emotions became visualized for each participant based off these choices. For emotions that were viewed as similar, such as anger and disgust, the prototype of those emotions had a greater physical resemblance.

“The findings suggest that how we perceive facial expressions may not just reflect what’s in the face itself, but also our own conceptual understanding of what the emotion means,” explains Jonathan Freeman, senior author and associate professor at NYU. “For any given pair of emotions, such as fear and anger, the more a subject believes these emotions are more similar, the more these two emotions visually resemble one another on a person’s face. The results suggest that we may all slightly differ in the facial cues we use to understand others’ emotions, because they depend on how we conceptually understand these emotions.” 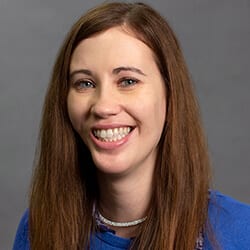 Lisa Cunningham is ICF’s Social Media Specialist, as well as a freelance writer and social media consultant. She holds a master’s degree in professional writing with a focus on web content development from Chatham University and a bachelor’s degree in English writing and communication from the University of Pittsburgh.