International Coaching Week (ICW) has always been an event that is looked forward to by the ICF Singapore Chapter community. In previous years, we had many different activities ranging from talks and workshops to dinner with Marshall Goldsmith to pro bono coaching activities. While this year is no different, there were a few activities that were new and exciting.

The ICW 2018 team was formed in October 2017, including myself as the Chairperson, four volunteer members and four content curators. Advanced planning was crucial to making this a very successful and fulfilling week for the community. We had a theme of Strengthening Foundations, under pinned by four pillars: Learning, Building, Exploring and Giving. The week’s events fell into one or more of these pillars and supported the overarching mission of the ICF Singapore Chapter: “ICF Singapore Chapter exists to lead the advancement of the coaching profession.”

As the ICF Singapore Chapter is a large chapter at almost 400 members, we planned activities that were varied in topics and delivered in various forms and mediums. This year we introduced our inaugural Webinar Series, which allowed members to participate in ICW wherever they were. The week included a Symposium Day on Monday, followed by six webinars over three days. We ended the week with the launch of our Ignite project, giving mini workshops, pro bono coaching and an evening of open networking. 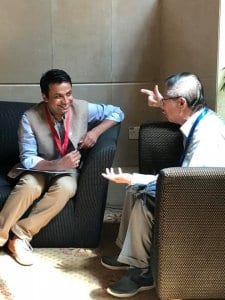 For the Symposium Day, we had many accomplished and powerful presenters, speaking on topics that strengthened the coaching foundations many of our members already have. There were two highlights of this year’s Symposium Day. First, we had the honor of Rajat Garg, MCC, who is a 2018 ICF Global Board, as our keynote speaker. He spoke on the topic of a Self-Transforming Coach, which left us with new ideas and powerful reflections. The second highlight was the attendance of our founding president, Foo See Luan, PCC. He started the ICF Singapore Chapter in 2002 with just a handful of members, having Chapter meetings in his home! Having him here was indeed his way of showing his strong support for the coaching profession and for ICF. Members left inspired and energized after interacting with Rajat and See Luan!

As mentioned before, this is the first year we had a Webinar Series during ICW. Topics ranged from social media, to Team Coaching to research! Many members reached out and expressed their appreciation of the webinars as it meant they could also be part of the ICW celebrations, even if they were not able to join the in-person sessions.

We finished the week with a bang, launching the ICF Singapore Ignite Project, in partnership with the Youth Work Association Singapore (YWAS). This project’s vision is to champion the narrative of “Every Youth Worker a Coach.” By introducing coaching to the youth workers, we are helping them to achieve higher professional standards and personal effectiveness. This will then accelerate the impact of their work towards greater outreach of the marginalized and disadvantaged youths in Singapore. Thus, ICF volunteer coaches will be matched with 25 youth workers to be coached towards this goal.

We were supported by many sponsors, community partners, member volunteers and the ICF Singapore Executive Committee, making ICW 2018 such a successful event! It was a joy to be part of the ICF Singapore community. I am personally looking forward to ICW 2019 and contributing to it, making it an even bigger impact in Singapore.

For more information, you can visit www.icfsingapore.org/icw2018. 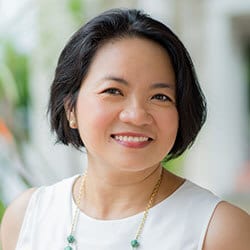 Lai Han Sam, ACC, founded Lifework Global five years ago. She is a Women’s Life Coach who helps women going through midlife transitions gain more clarity, freedom and joy. To the coaching process, she brings 20 years of corporate experience with a Fortune 500 company, as well as leading high performing teams and coaching associates in sales, marketing, operations, support and client management. Sam has served in several roles in the ICF Singapore Chapter Executive Committee for four years. Most recently, in addition to being the ICW 2019 Chairperson, she was also the Immediate Past President of the Chapter.