What will be the most likely trends in the executive coaching industry in 2020–2022?  Will accreditation be mandatory?  Will coaching fees decrease?  Will robots replace coaches?

The industry-wide research study Executive Coaching for Results surveyed nearly 1,000 organization coaching practice managers, internal coaches and external coaches on a variety of topics.  Participants were asked, “How likely are the following trends in the executive coaching industry in the next three to five years?” 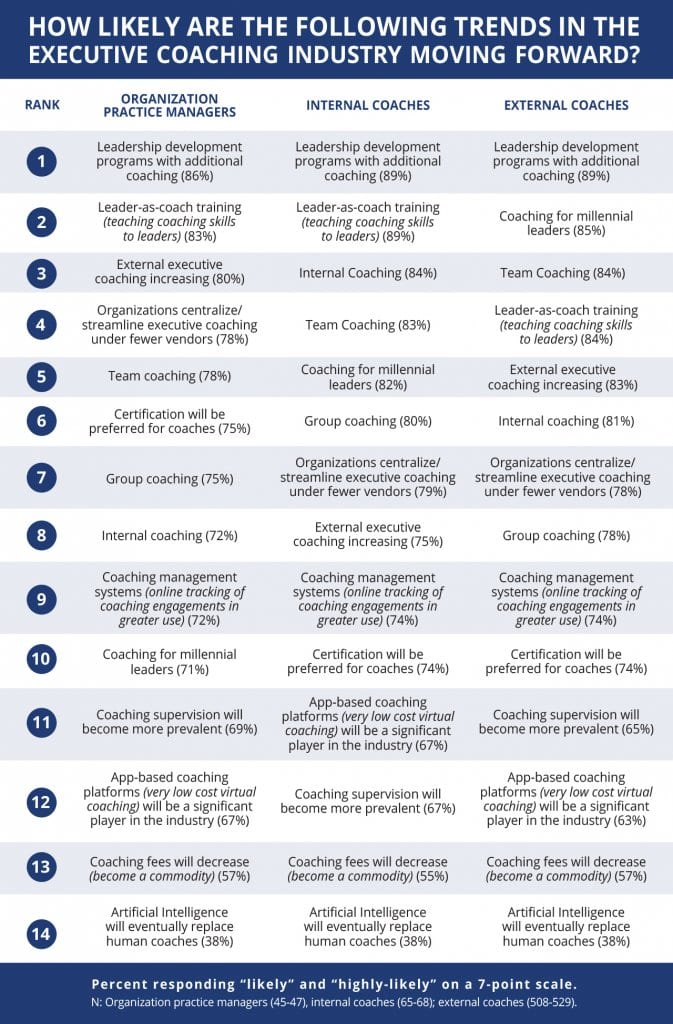 On average, Leader-as-coach training (training leaders in organizations on coaching skills) was the second most likely trend. Third was Team coaching—coaching all members of the entire team and/or developing that team as a team.

There are some major differences between the three respondent groups.  As a few examples:

Perhaps most encouraging trend for the industry that has emerged from this study is that the use of coaching, in all its various forms (e.g., group coaching, team coaching, internal coaching, etc.), is generally predicted to increase over the next five years. 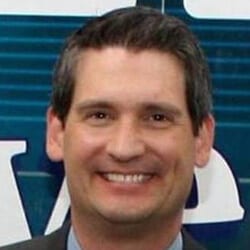 Brian O. Underhill, Ph.D., PCC, is the founder and CEO of CoachSource, the world’s largest executive coaching firm, with over 1,100 coaches in 100+ countries worldwide, and the co-author of Executive Coaching for Results: The Definitive Guide to Developing Organizational Leaders.  Brian previously spent 10 years managing executive coaching operations for Marshall Goldsmith.  Some of his clients include Dell, Microsoft, Genentech and the State of California.  He holds a Ph.D. in Organizational Psychology, a PCC, and is an internationally sought-after keynote speaker, addressing leaders, HR managers and coaches across six continents.