Coaching from a Partner’s Perspective

ICF Finland, honorable mention recipient of the 2017 ICF Foundation Gift of Coaching Award, stepped in during this time of crisis and was able to help create a positive outcome for the Finnish Red Cross.

“We were approached by ICF Finland with a suggestion of coaching to be provided as a pro bono service for our volunteers,” says Erja-Riitta Reinikainen, the head of Organizational Development at the Finnish Red Cross.  “The cooperation started as a pilot in one of our biggest districts, Helsinki-Uusimaa, where the first groups of chairs of local branches were chosen to be coached.”

In total, 46 Red Cross volunteer leaders have partnered with 44 ICF Finland coaches to receive four coaching sessions over the course of three months. Through this, the Finnish Red Cross has seen a positive change to its leadership and organizational culture, which ripples across the organization impacting clients, branches and volunteers like Sanna Olli.

Sanna started as a volunteer but, empowered through coaching, has become part of the full-time staff. When Sanna started her coaching journey, she felt underrepresented and overwhelmed. There weren’t a lot of people she felt like she could talk to or relate to as there weren’t a lot of peers in her age group. She found her “perfect match,” as she calls it, in her coach.

Sanna says she’s “speechless” when she tries to describe how coaching has changed her life. It gave her hope and made her feel less desperate about her day-to-day life.

“I realized I wasn’t alone, I couldn’t see the light, but now I can see the path and direction my work can take.”

Before coaching, Sanna says she was out of breath and losing energy. After having a couple of coaching sessions, she felt like she could be still and declutter her head.

“I feel like I had cluttered my head, and coaching helps me organize that information and make sense out of it,” she explains.

“I realized that I actually do like management, and there’s more to it than I thought,” she says. Sanna realized she had a lot of natural potential that she didn’t know how to unlock until she got help from a coach.

“I understand what management and leadership are about, I’m confident that’s why I was hired,” she says.

The change isn’t just with Sanna, though. Coaching has sparked and inspired change in all who have participated in this partnership between ICF Finland and the Finnish Red Cross. Sanna describes it as a small change, but there’s definitely an overall attitude change within the leadership and volunteers. It’s a gradual change towards being more welcoming and having more spirit.

“If all the managers and leaders had a coaching attitude, it would help everyone be better heard,” she says. Sanna hopes that this small change within a huge organization will eventually become a huge change in an even bigger organization. 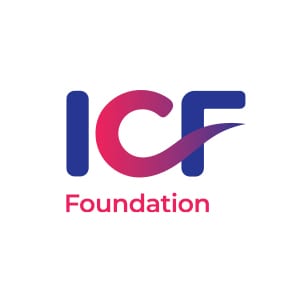 Established in 2004, the ICF Foundation (one of the International Coaching Federation’s six family organizations) connects and equips professional coaches and organizations to accelerate and amplify impact on social progress through coaching. The ICF Foundation's programs include our Social Impact Pilot Project, ICF Coaches for Good and Ignite: Engaging Humanity Through Education is part of the ICF Foundation’s long-term strategy to advance social progress through coaching by aligning with the 2030 Sustainable Development Goals set forth by the United Nations. To learn more or to get involved with Ignite, please contact the Foundation’s staff at information@foundationoficf.org