Defining Your Everyone - International Coaching Federation

“When you say everyone will think this is a bad idea, who is everyone?”

When I recently asked my client Brendon* this question, the room got very quiet. For several minutes. Several excruciatingly long minutes. While comfortable with silence, it took a concentrated effort to just sit with him. The silence was necessary. Uncomfortable, and necessary.

“Just everyone,” Brendon answered, with a slightly flippant tone, then he sighed, and we started our real conversation about what Brendon exactly meant when he used the word everyone.

The word everyone literally means all the people in the world. At last count, there are about 7.7 billion people on earth. That is a huge number of people, most of which likely have nothing to do with the real issue being faced.

Everyone is a vague group of people we enjoy inviting into conversations. Other words for this faceless assembly include words like everybody, people or they. When someone uses everyone, it is not usually used to denote every member of the earth’s population. So why do we use it?

Most often, it is used to create a group of people that hold a certain belief. It is easier to believe a story if everyone believes it. It is harder to let go of an assumption if everybody has the same assumption. And because there is no real person to face in these labels, the terms work to cloak what is lying beneath and add gravitas to one particular opinion. “Everyone knows that is not how things are done.” “Everybody needs to keep their heads down in this organization.” “People are going to think I don’t know what I am doing.” “They will never go along with this change.” These words act as noise, distracting from real discovery and sustainable action. There is no one to confront. There is no one to question. There is no solid obstacle to move past.

As coaches, we do a disservice by allowing everyone, everybody, people and they to remain in the conversation. The next time a client brings one of these to your conversation, take these steps to help explore what is at the core of the issue to help them to move past it.

1) Pause and Ask the Question

There is an incredible amount of power in asking questions. Questions act as a catalyst for our brains to change and move forward with new insight. Asking your client questions like, “Who is everyone?” and “When you use people/they/everybody, who exactly are you referring to?” shifts the focus and begins a deeper exploration into the issue.

As you listen and probe further, take note of your client’s answers. By the time they get to the end of their list, most of the 7.7 billion are removed from the conversation, leaving space to focus on the real obstacle. As Brendon began to identify the everyone who thought his new product was a bad idea, he quickly homed in on only two voices—his boss Phil* and his own inner critic. All, except those relevant to the conversation, were uninvited, leaving the conversation less crowded.

Now for the part that most coaches most enjoy, the exploration phase. For Brendon and me, this meant unpacking his assumptions, perceptions and emotions related to each of the voices he identified. When we are able to help our clients gain a broader perspective and clear out the clutter, they can begin to move towards the solutions they seek.

With new awareness and maybe with some assumptions shed, it is time for the client to design their actions. In Brendon’s case, once he challenged the assumptions he was making about his boss, we were able to spend time planning—identifying Brendon’s desired outcomes, his approach and what he needed to let go of to have a productive conversation with his boss. Exploring Brendon’s inner critic became part of a larger coaching conversation that continued for months.

Without taking the time to pause and explore the nebulous “everyone,” we would have lost a tremendous opportunity to dig below the surface in order to move more quickly and effectively. The next time a client invites “everyone” to the conversation, I invite you to try these steps. You may find it much easier to help a client move forward when you don’t have 7.7 billion people in the way.

*Names have been changed to preserve confidentiality. 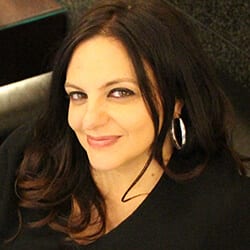 Rosa Edinga MBA, CEC, PCC, is a Leadership and Business Coach, mentor, writer, coach educator and ice cream mom. Rosa helps passionate people design the life and work they want, as well as define success on their own terms. She strives to bring her experience, ideas, energy and heart to every interaction, whether directly or through her writing. Find out more about how she and her team at Fiamma can support you with your success by visiting www.fiammagroup.com or by following her on Facebook, Instragram and Twitter at @fiammacoaching.