Using Philosophical Coaching to Improve the Effectiveness,  Relevance and Value of the Coaching Conversation

Traditional life coaching has proven itself to be indispensable in helping those who struggle with goal setting, motivation, time management, accountability, organization and other contextual issues, any one of which can spell the difference between success and failure.

Why is this important? These root structures inform, and can even dictate, the range and limitations of the client’s ability to make new choices. Consider commitment and accountability, two topics that show up regularly in traditional life coaching conversations. The client genuinely wants to make some important commitment, e.g., to self-care, action steps toward a goal, improving a personal relationship—but can’t seem to manage it. Or perhaps, with the help of a coach, the client makes the needed commitment but can’t sustain it, or despite sustaining it, never sees results. Clearly, something is in the way, something that holds the client in an orbit of failure and discouragement. Accountability is stopped in its tracks because appearances notwithstanding, the client is not at choice. Not yet.

A philosophical examination of the client’s beliefs often reveals some good reason that has set the client against success. In other words, although the client wants to succeed, they aren’t willing to do so. Usually in such cases, the desired end is linked in the client’s beliefs to some real, imagined or self-inflicted consequence so dire that it is better to endure failure than to risk success at that cost. Again and again, the client’s experience demonstrates the truth that life brings us not what we want, but what we’re willing to have.

Willingness, not desire, is the key to transformation. It is a matter of first things first. And no amount of life coaching, however skillful, can compel a client to accept some desired result that their beliefs have deemed unsafe or too costly.

This is just one example of how a client’s beliefs can undermine good coaching outcomes. The problematic behavior, then, can be seen as an effect, not a cause, and little is gained by dealing with any problem at the level of its effects.

Even without formal training in philosophical methods, the traditional life coach can begin to deepen the client conversation in ways that can bring immediate results, opening the way to real and sustainable change. The coach’s effectiveness, relevance and value to the client is boosted. The client’s sense of purpose, direction, ease, fulfillment and traction is increased, which translates into consistently better outcomes and practice-building referrals.

How to do this? It begins with asking “the right question,” which means one that explores the client’s unexamined beliefs and assumptions, particularly those tied to payoffs that may be adversely affecting their stated coaching goals. The right question is always a delving question, one that calls the client’s beliefs and assumptions out of the shadows and into conscious awareness.

One powerful way to do this is for the coach to ask the client to “try on” the desired outcome as though it already has been achieved and now lies in the client’s past rather than in their future. Then check for subtle bodily reactions. The idea is to invite the client to literally embody the identity that matches the desired result, to get into the role the way a method actor might, and see what the physical response is, notably whether there’s agreement and willingness or distress and resistance.

When the right question is asked, the body will indicate whether or not there’s an underlying contradicting belief, often immediately, and the coach will know whether the required willingness is there or not. If it is, the way is clear to proceed with the various techniques of traditional coaching. If not, the underlying belief must first be identified, deconstructed and resolved, or all the effort in the world will be at best premature.

Traditional life coaches can transform their practice simply by considering that every problem has its story, that what we tend to view and suffer as problems invariably are rooted in old beliefs that are holding us back but cannot be released until they are exposed so that they are no longer convincing. By helping the client understand and “see through” the underlying belief and corresponding payoff on which a problem rests, however persistent or intractable that problem has been, the life coach can facilitate an evolutionary shift that opens the way to success for the client in every area of experience. 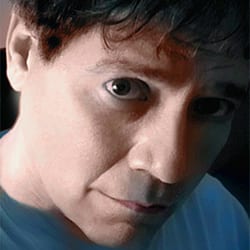