Working with the Gifted and the Highly Sensitive

My client was pacing up and down the room, occasionally balancing on the edge of the carpet as if it was a tightrope. I was watching her movements from the couch I was sitting on, with my notepad in hand, the way you will often find me sitting with a client. She was verbally processing her busy schedule and academic goals, and I occasionally interjected a question or an observation, encouraging her to further explore something she said. To the imaginary observer, we must have looked like a strange pair—one moving about like a caged tiger and the other almost motionless—but we had long come to trust the power of each other’s unique styles. So, I let her move, and she let me sit and listen, and we processed.

About an hour into the conversation, she finally sat down across from me without interrupting the flow of conversation for even a second. The thoughts and words had started to slow, the emotions had quieted down, and so had the movements. We started to work on defining action steps.

My client is a beautiful example of an individual with a trait that the Polish psychologist and physician Kazimierz Dąbrowski called “psychomotor overexcitability.” People with this trait release emotional tension through movement in a way that may seem extreme to the more even-tempered. It is important to note, however, that this quality does not stem from a psychological disorder, but rather a healthy variation in the person’s neurological wiring. Overexcitabilities are above-average sensitivities of a person’s brain and nervous system to different types of stimuli, resulting in a notable intensity of their inner experience and/or outward behavior. They are frequently found in people with above-average IQ, and some of them overlap with the concept of the “highly sensitive person,” as researched by psychologist Dr. Elaine Aron.

Dąbrowski identified five different forms of overexcitability: psychomotor, sensory, intellectual, imaginational and emotional. A gifted and/or highly sensitive person will manifest several of these to varying degrees. Because they usually have a very rich and complex inner world, I call these individuals intricate minds.

As you can imagine, the presence of overexcitabilities in a client has numerous implications on the coaching process. Some of them are practical considerations like in the example with my client. Individuals with psychomotor overexcitability need the freedom to move while doing deep work. Those with sensory overexcitability will benefit from the coach being mindful of potentially disruptive sensory stimuli in the coaching environment. For the emotionally intense and the deep thinkers among your clients, it often makes sense to allow for a much longer duration of sessions due to their depth of processing. Regular-length sessions may make them feel like they were only able to “scratch the surface.” Other implications, however, go beyond the how to’s and require a deeper understanding of the complex inner processes of gifted and highly sensitive individuals and their intricate minds.

The example of a gifted client who was the CEO of a management consulting firm illustrates this well. We worked on a major career transition that triggered a personal identity crisis and ultimately led to him completely re-inventing himself. When asked about his coaching experience, he offered the following word picture:

“You provided a very large safe space for me to wander around in. It wasn’t just a big backyard or a field, it was a national forest that you walked through with me and kept me from getting lost in.”

His words allude to the deep search for identity that most gifted individuals go through numerous times throughout their lives. Because they are often multi-talented and emotionally complex, the gifted tend to experience less continuity in their sense of self than the neurotypical majority of the population. This can result in a seemingly unending search for how the countless pieces of their identity puzzle fit together. Coaches must guard against labeling these clients as inconsistent or self-absorbed, and instead, learn how to function as midwives to a complicated labor—one that, if supported properly, can lead to the birth of a powerful sense of purpose.

According to Dr. Arthur Aron, 15-20% of the population is highly sensitive. Based on a standard distribution for IQ, 16% of the population have an above-average IQ and at least some of the personality traits to go with it. These numbers indicate that up to one in five clients could be an intricate mind, requiring additional understanding of their unique wiring for maximum effectiveness in coaching. I want to encourage my fellow coaches to consider these numbers and educate themselves about the unique strengths, needs and challenges of their neurodivergent clients. You likely have encountered more of them in your practice than you know—and you may even learn something surprising about yourself in the process! 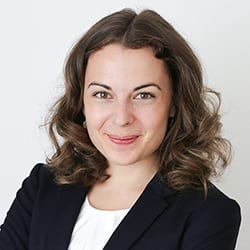 Judith Blank, ACC is a certified PAIRINologist, MBTI® practitioner and public speaker. Based in Lörrach, Germany, she coaches clients around the world in English, Spanish and German. Visit judithblank.com to learn more and connect with her on Facebook or Instagram.