Most of the time, when I say I once had breast cancer, people let go some sound of discomfort or anxiety. Then, they say something along the lines of: “My friend/my mum/my wife/my… also had it.”  And indeed, we have all met someone who had it because one in eight women will have breast cancer at some point in their lives. Ninety percent of them will still be alive five years later, and yet, we can’t help but think that cancer means death, and that something incredibly horrible is happening to these women (Only 1% of all breast cancer patients are men). If we do this when we are just listening, imagine your reaction if you are the one hit with this diagnose.

Women who had breast cancer are normally pushed into a whirlpool of emotions that drag them to its center, making them feel that they have lost control of their lives. Friends and family, flying around in that whirlpool, give their opinion of what should be done, often without even being asked. Cancer is, in this sense, somehow like soccer in Europe: It’s so embedded in our daily lives that we all think we know what’s the best thing to do, and we speak up. In addition, some doctors are not great listeners and use a paternalistic approach, deciding (and imposing) a treatment instead of seeking for the patient’s involvement and agreement.

In this context, women with breast cancer will go through an exhausting treatment that, most of the time, will include surgery, chemotherapy, radiotherapy and hormone therapy. At some point during this journey, many of them realize that they have lost their self-confidence and their direction. They try to reallocate the pieces of their lives, but they no longer know how.  What is it that really matters now? What will the future unveil? How am I going to move forward? These are some of the questions that echo inside their heads and souls.

Patient coaching offers them a safe environment and the tools to regain their power and their self-confidence, to rediscover their dreams and take back their lives. We meet them where they are and accompany them on their way out. These women are not fragile or weak. An ear to listen to their story or a shoulder to cry on are no longer enough. They want tools that help them improve and recover, so they can occupy their own space and become the women they can be.

Often, they are afraid to let go and allow themselves to believe in their own dreams. They think they don’t deserve to be happy or they are just not good enough. But we, coaches, know they do, know they are.

Patients need coaching and tools as much, if not more, as executives and teams do. The fact that they talk about surviving rather than about improving performance or becoming better leaders should not draw us back. At the end of the day, the tools, the coaching and the client’s final goals are similar. Patients want to become a better version of themselves and live a more fulfilling life.

Research shows that after patient coaching, breast cancer survivors are much more satisfied with their lives and with themselves. They claim they have improved in aspects such as:

To refer to this type of coaching, we chose to coin the term “patient coaching” rather than naming it “health coaching” because people who are going through a disease share specific problems and needs that differ greatly from those of coachees who seek to improve their health.

The research, the measurements and the theories are indeed key to validate the effectiveness of what we are doing. But beyond them, there are the patients and their words. After coaching, some of them said:

Do you want to know more about patient coaching and how to measure its impact? Teresa Ferreiro, PCC, will be exploring this topic more in-depth at ICF Converge 2019, which is taking place October 23-26 in Prague, Czech Republic. Join her session “How Professional Coaching Helps Breast Cancer Patients” in the Science content group on Thursday, October 24 at 3:00 p.m. (local time). By attending this session, you can earn 0.5 RD in Continuing Coach Education units. 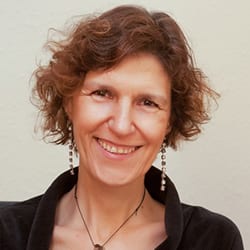 Teresa Ferreiro, PCC, is a certified professional coach, cancer survivor, patient advocate, business facilitator and speaker. She has more than 20 years of experience in businesses, ranging from digital multinationals to startups, and she was recently recognized with the European Eyeforpharma Patient Champion Award. She joined IMD business school in 2011, where she works as a leadership coach in different programs. She is also a coaching professor at EAE business school and leads coaching programs for health care professionals and for patients. From her breast cancer experience (36), she learned that patients need to be empowered so they can take control of their lives. She applies coaching and personal development training to empower the relationship between patient and doctor to help them achieve a common goal. The research mentioned on this post is part of her soon to be published PhD thesis: “Communication and coaching as a tool for patient empowerment”. For more information: https://teresaferreiro.com