Coaching Helps to Redefine the Future of Saudi Telecom Company

Saudi Arabia is in the midst of an economic transformation. Seeking to reduce the country’s dependence on oil, the government announced its comprehensive VISION 2030, a plan to diversify the nation’s economy for the global marketplace and enable a comprehensive digital transformation. Saudi Telecom Company (STC) found itself challenged to innovate in alignment with the plan.

While primarily a Saudi Arabia-based telecom company, STC faced a changing landscape in the communications industry in its own country and also throughout the region. To address the VISION 2030 goals, STC announced its own ambitious DARE strategy to grow the company into new digital areas and deploy a new 5G network beyond Saudi Arabia to the entire Middle East and Northern Africa.

The company embarked on a major Talent and Executive Development Program in 2016 to accelerate this digital transformation through the DARE strategy, which included a comprehensive coaching initiative designed to fast-track leaders within the organization. These programs included the employment and development of female candidates, thereby aligning with VISION 2030 and its women’s empowerment initiatives.

In the three years following its launch, STC’s coaching program demonstrated broad reach across the organization, including:

On its path toward alignment with VISION 2030, STC created its new strategy called DARE, which covers aggressive growth in scope and scale. An investment in the organization’s current and future executives through coaching was a key component of the process for meeting these impressive goals.

“To win in the marketplace, we must first win in the workplace,” says Ibrahim Balghonaim, head of succession management at STC. “We are rigorous in identifying, selecting and aggressively developing high-potential individuals who will provide STC with the required leadership capability in the years ahead.”

As leaders at all levels of the company began to utilize their coaching skills with employees, the gains of this investment were evident: STC leaders moved away from a “command and control” management style to one focused on inclusion, involvement and participation. Through individual, group and team coaching, managers and employees became more agile. What resulted was an enterprise-wide culture change that improved leadership, the working environment and personnel motivation at STC.

To generate awareness for its digital channels, STC employees used their coaching tools to work collaboratively and take a creative approach to come up with an innovative promotion. Now called the annual “Digital Day,” during this event, the company shutters its physical retail locations for an entire day each December. A significant level of coordination between several departments was needed, but through STC’s coaching culture, the teams were well equipped to make it a major success.

A Cultural Change Through Coaching

Implementing a coaching culture at STC not only influenced leadership styles and executive development, but it also empowered women in the workplace to grow into leadership roles within the organization.

Amani Alzahrani, the first female employee promoted to Director Level at STC, says, “Coaching helped me improve my personality, earn promotions and overcome all obstacles I faced as the only woman director at that time. It was not an ordinary process; it was truly an empowerment tool for me as a woman.”

Coaching for the Future

With Saudi Arabia’s VISION 2030 plan driving change throughout the country, STC is in a prime position to leverage its coaching program as a role model for other organizations throughout the region.

The scope of the coaching program at STC is continuously growing, adding new departments and people at all leadership levels. Coaching continues even after individuals complete the program , as they are involved in internal coaching projects and receive ongoing mentoring. This ensures that coaching continues to play a role in individual and organizational development. Especially important, it positions STC to fully support the long-term strategic goals of Saudi Arabia’s VISION 2030. 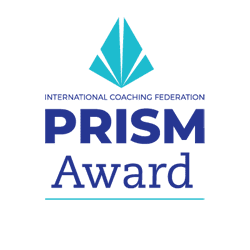