Caring for Your Community with Pro Bono Coaching

At some point in your coaching journey, you’ve no doubt provided pro bono coaching services to a client, either as a way to add to your bank of coaching experience hours or to support an individual who you know will benefit from your services but can’t afford your standard rate.

However, a growing number of coaches and ICF Chapters are institutionalizing these efforts in service of humanity flourishing by offering pro bono coaching to individuals or organizations with a demonstrated need. Often, these initiatives respond to an urgent situation, such as a natural disaster. Other programs are designed to provide sustained support to nonprofits that would like to offer coaching to members of their staff or the constituencies they serve, but can’t find room in an already-tight budget to do so.

If you or the members of your ICF Chapter are considering pro bono coaching as a way to make a difference in your community or be better prepared for a localized emergency response, there’s a wealth of advice from chapters that have already taken these steps.

Under the leadership of then-Chapter President Fabrizia Ingenito, PCC, the members of ICF Italy rapidly organized a pro bono initiative to provide Business and Executive Coaching to individuals impacted by a deadly earthquake that struck northern Italy in 2012. For its efforts, the chapter was honored with a 2012 ICF I Care For Chapter Award, given to ICF Chapters and Charter Chapters that establish a significant coaching presence in their communities by providing coaching for free to those who would not have access to it otherwise.

Here, courtesy of Fabrizia, Freddi and their colleagues, are five suggested practices for building a pro bono coaching program capable of transforming lives and, in turn, communities:

When you’re launching a pro bono coaching program, it’s easy to get carried away by your passion for the project and try to create a program that is all things to all people. However, it’s advisable— particularly at the onset of your program—to limit your scope. This may mean following the lead of ICF Metro DC’s community outreach committee and choosing to partner with a small number of nonprofits by providing coaching to members of their staff or individuals who utilize their services.

You may also decide to limit the types of coaching that you offer: When ICF Italy organized its earthquake relief coaching initiative, the program’s leaders chose to focus their energies on Executive and Business Coaching for professionals who were, in Fabrizia’s words, “learning how to start again.”

When ICF Italy announced its program, Fabrizia says, “many, many, many coaches” came forward, eager to help. “We had to make a decision as to which coaches would participate, and in what order they’d be matched with clients.” Ultimately, she says, ICF Italy Chapter Leaders made the decision to limit program participation to coaches who held an ICF Credential.

Meanwhile, ICF Metro DC asks all prospective volunteers to complete an application in order to be assigned the nonprofit coaching engagement best-suited to their schedules, talents and interests.

3.       … but leverage the skills of other coaches who want to contribute.

There are plenty of opportunities for members who are still enrolled in coach training or accruing the experience hours needed for an ICF Credential to get involved with pro bono programming. After all, successful pro bono coaching initiatives don’t just need coaches. They also need administrators to maintain records and facilitate the relationship between the coaches and beneficiaries.

Freddi says that ICF Metro DC’s program succeeded largely thanks to the efforts of its volunteer program liaisons. Each nonprofit that the chapter partnered with was assigned a liaison who coordinated every aspect of the process, from overseeing the distribution of coaching agreements to providing recipient education, troubleshooting day-to-day issues and managing the evaluation process. The volunteer liaison role is an excellent fit for coaches who have strong administrative and management skills, but may not be ready to deliver masterful coaching to pro bono clients.

On its surface, it seems like you may not need to market pro bono coaching—it is a free service, after all! However, even if your decision to partner with a nonprofit means that you’ve distributed coaching agreements and have a long list of individual coaching recipients, it’s still essential that you communicate effectively with these clients about what coaching is, what coaching isn’t and what to expect from the coaching engagement.

If it’s feasible, consider organizing a launch event for the pro bono initiative featuring education on the ICF definition of coaching (and the difference between coaching and other modalities, such as therapy, consulting and mentoring), as well as mock coaching sessions. Alternatively, this information can be delivered virtually: ICF Metro DC even produced a set of video coaching demos to share with program participants. (Organizing a launch event or producing educational materials and demos is another great way to involve program volunteers who won’t be providing coaching!)

Everyone involved in ICF Metro DC’s pro bono initiatives has a voice in a formal program evaluation process: At the end of the engagement, forms are distributed to coaches, individual coaching recipients and the partner organization. These forms are an invaluable tool for measuring the ROI (in terms of time, effort and financial expenditures) and ROE of the program; the feedback has also enabled program leaders to troubleshoot and make necessary changes for future incarnations of the initiative.

Even an informal evaluation process can be valuable, particularly as you lay the groundwork for a more-expansive initiative: Fabrizia says her ICF Italy colleagues were able to use feedback and learnings from their quickly assembled emergency-response effort to frame the subsequent, non-emergent pro bono program that they began building in 2013.

Whether you are offering pro bono coaching to meet an emergent need in your community, or laying the foundation for a long-lasting community outreach initiative, pro bono coaching is a proven way for you and your coaching colleagues to make a significant local impact. 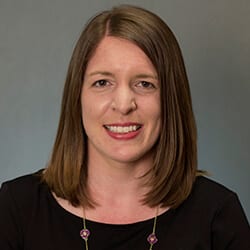 Abby Heverin is the Communications and Awards Manager for ICF, where her responsibilities include managing public relations, overseeing content strategy and development, assisting in the development and production of ICF industry research, and managing the Association's portfolio of awards programs.